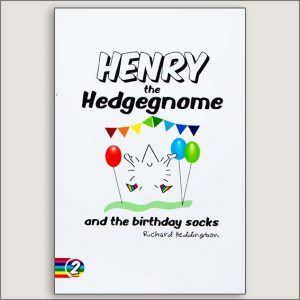 Henry the Hedgegnome and the Birthday Socks

Author and Illustrator: Richard Heddington
BUY – Henry the Hedgegnome and the Birthday Socks

Hedgegnomes it seems, are responsible for many behind-the-scene operations in a garden.
Things like opening flowers and making them smell great. They also share some of the things that are normal to us human folk, like birthdays!

In this second book in an ever expanding series, Henry the Hedgegnome has a birthday.

Filled with the excitement all youngsters will know, Henry starts his day with birthday on the brain.
However after finally locating his fave rainbow socks, he manages to put a toe right through the end of one!

Henry doesn’t have a meltdown but resolves to wear another pair, even if they aren’t his special birthday socks. 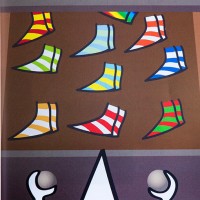 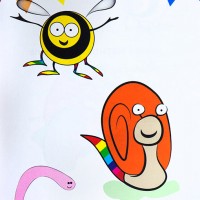 Cheering himself up with another birthday idea, he sets out to invite his friends over to celebrate.

But where were they all? No one seems to be about and Henry begins to feel a bit sad that no one has remembered his birthday.

This friendly little tale has a happy ending…you guessed it…but will your three year old?

They are all waiting for him when he gets home! SURPRISE!

What could be better? Well you’ll have to wait and see what’s inside his parcel!

The Henry Hedgegnome series, follow simple storylines which young children will enjoy. They feature a cheerful range of characters, who are caring and fun. Look out for Henry Hedgegnome has a busy day, where Henry discovers that it can be better to wait for someone to help you and Henry Hedgegnome’s amazing Christmas Day, full of playful fun with Father Hedgemas!

BUY – Henry the Hedgegnome and the Birthday Socks